Positive Interventions in Seriously-ill Children: Effects on Well-Being After Granting a Wish

Health-related quality of life. We used The Health-Related Pediatric Quality of Life Scale, HPedsQoL (Varni et al., 2002), a 27-item scale to assess health-related quality of life in children and adolescents with an illness. As with the General Quality of Life Scale, we used a children self-report version and a parent proxy-report version. This scale assesses how often in the past month children have experienced different problems related to their disease (e.g. concerns about their physical appearance). Here we report data on the only two physical health subscales: pain Downloaded from hpq.sagepub.com by guest on February 2, 2015 6 Journal of Health Psychology and nausea (assessed by using a 5-point Likert-type scale ranging from 0—“never” to 4—“almost always”). Items were inverted. Cronbach’s alphas were .86, .88, and .87 for children, fathers, and mothers, respectively. The intra-class correlation coefficient was .59 for father–child agreement and .73 for mother–child agreement. Depression. We used the abbreviated 7-item version of The Center for Epidemiologic Studies-Depression Scale, CESD-7 (Santor and Coyne, 1997) which measures the severity of symptoms of depression during the past week (e.g. “I felt that I could not shake off the blues even with the help from my family or friends”) using a 4-point Likert-type scale ranging from 0 (“never”) or rarely to 3 (“almost always”). Internal consistency was α=.87. Medical status: Doctors provided information about the children’s diagnosis, severity (measured by a scale from 0 to 10), the stage of disease (i.e. active treatment/off treatment/ relapse/palliative), and perceived probability of survival at 1 and 5 years.

Discussion This study analyzed the effects of a positive intervention on children’s well-being and several domains of positive functioning as assessed by themselves and their parents. According to our first hypothesis, we expected that granting a wish would reduce NE and increase PE, life satisfaction, and general quality of life. Although our results did not confirm our predictions for NE, we found that wish-granting promotes PE and that its resultant effects last for at least several weeks. According to the broaden-and-build theory of PE (Fredrickson, 1998, 2001), PE work by helping to build durable physical, intellectual, and social resources that are essential to promoting adaptive coping responses following traumatic circumstances (Cohn et al., 2009; Tugade and Fredrickson, 2002). Furthermore, with regard to life satisfaction and general quality of life, our results showed that this intervention improves a multidimensional composite score of life satisfaction. This finding has relevant implications given the previous evidences that link satisfaction with life to more positive functioning (Gilman and Huebner, 2006). These results partially confirm our hypothesis. The wish did not cause significant decreases in NE or depression, perhaps due to a floor effect (i.e. very low scores on these negative dimensions found in both groups). Research has consistently shown that although a significant minority has some difficulties with adjustment and/or symptoms of psychological distress, the majority of children with a chronic illness show good levels of adjustment (Zebrack and Chesler, 2002). Thus, well-being based interventions probably have a limited effect in decreasing distress (Pai et al., 2006). As for our second hypothesis, we expected that granting a wish would promote positive functioning and other psychological resources (i.e. benefit finding, personal strengths, beliefs in the benevolence of the world, and optimism). Results revealed that the children in the wish group reported significantly higher gratitude and love after the granting of the wish than those in the comparison group. Children in the wish group became more aware of the support provided by others and this awareness could have lead to a sense of thankfulness and love in response to fulfilling a wish. Gratitude and love are two of the strengths most robustly associated with life satisfaction (Park et al., 2004). Gratitude appears to be a powerful resilience factor that may help people to cope with traumatic experiences (Fredrickson et al., 2003). Several studies have shown that interventions promoting gratitude reduce negative affect and increase levels of positive affect, life satisfaction, and optimism about the future (Bono and McCullough, 2006; Emmons and McCullough, 2003). Thus, a grateful attitude may be beneficial to improve physical health status and may also help the individual find positive meaning in negative circumstances (Emmons and McCullough, 2003).

In a study with healthy children and adolescents, Froh et al. (2009) found a positive association between gratitude and positive affect, satisfaction with life, optimism, social support, prosocial behavior, and physical health. On the other hand, loving and feeling loved provides emotional security and confidence that allow children to more effectively cope with daily stress (Hazan, 2004). Caring ties can buffer people from adversity and pathology as well as enhance their health and well-being (Fredrickson, 2013). A recent study showed that perceived positive social connections account for the upward spiral between PE and health benefits, such as increases in vagal tone (Kok et al., 2013). As for our third hypothesis, we expected that our intervention would have some impact on children’s physical symptoms. Our results showed that the children in the wish group reported significantly lower levels of nausea after wish than those in the comparison group. This result is consistent with research showing that music therapy or visual imagery has positive effects on reducing nausea and other side effects in adult patients with chronic illnesses (Karagozoglu et al., 2013). As for our fourth hypothesis, we expected that parents in the wish group would perceive positive changes in their children’s well-being.

Specifically, mothers in the wish group reported positive changes in benefit finding and general quality of life in children, especially in physical, school, and emotional domains. Mothers in the wish group also reported a perceived decrease in their child’s concerns about the disease. This result supports previous research on clown interventions that showed a significant decrease in children’s concerns about the hospitalization, the medical procedures, and the illness and its negative consequences (Costa and Arriaga, 2010). Those dimensions are particularly relevant in children with life-threatening illnesses, given the different pathways in which BF and quality of life may improve physical and psychological health (Bower et al., 2009; Hedström et al., 2004). These findings are also relevant because although the PE promoted by granted wishes can be considered as transient and ephemeral, it may have an effect on increasing or maintaining people’s subsequent psychological well-being by channeling more effective coping resources (Tugade and Fredrickson, 2002). Furthermore, perception of the child’s distress is one of the most common explanations for parental anxiety (Lamontagne et al., 2003). Thus, parents’ perception of positive changes may be an indicator of actual changes in the children but may also serve to promote wellbeing of the parents themselves. This in turn may contribute to creating or maintaining upward spirals of PE within the turmoil of adverse experiences (Tugade and Fredrickson, 2002). Our study has some limitations.

First, our sample includes some very young children. Protocol was carefully designed to facilitate the understanding by children of all ages (i.e. providing visual aids such as faces or thermometers, reading each item to the child when needed, or pre-testing cognitive competence). However, we cannot be completely sure that all the children understood what they were being asked. Second, extremely-ill children or those who lacked the necessary language skills, attention span, or cognitive abilities to complete a questionnaire were excluded to ensure the quality of the study, but this may limit generalization of results. Third, it is noticeable that effect sizes of the intervention on the measures were relatively small. Yet, it is still remarkable that a rather small-scale and limited intervention may have a significant effect on children’s well-being. Despite these limitations, we believe that our study has some important contributions to the current literature in the field. This is, to our knowledge, the first controlled study of this kind of intervention for ill children. In contrast to other studies that have assessed similar naturalistic interventions (e.g. clown interventions), we used a pre–post test comparison-group design.

This procedure allowed us to evaluate changes in outcomes while controlling for potential baseline differences between groups. Second, positive interventions, like the one analyzed in this research, are increasingly being integrated into pediatric oncology care and this study supports its efficacy in several parameters related to positive functioning. Since healthcare policy should rest on empirically supported interventions, our results can foster a renewed interest in funding research on positive interventions. Third, most of the studies on psychological interventions in these clinical contexts are usually focused on the psychological distress associated with childhood chronic illness. Yet, an exclusive focus on the detrimental effects of the illness may bias the psychological assessment process and may impede the observation of changes in other relevant areas of psychological functioning. Multidimensional assessment including a wide array of well-being measures provides a more accurate picture of children’s responses to potentially stressful events.

In conclusion, our results suggest that although it is necessary to provide effective treatments for emotional and behavioral difficulties when they do arise, a further aim should be taken into consideration to promote resilience and positive adjustment. Children who are cared for in terms of both their medical and psychological needs are more likely to adjust positively to any challenges arising from their condition, enabling them to participate more fully in ordinary childhood activities and lead as normal a life as possible. Thus, we encourage the use of this type of positive intervention for children with serious illnesses and we expect a growing presence of studies focusing on positive interventions in children with serious illnesses.


Posted by Kymsha Henry at 9:00 AM No comments: 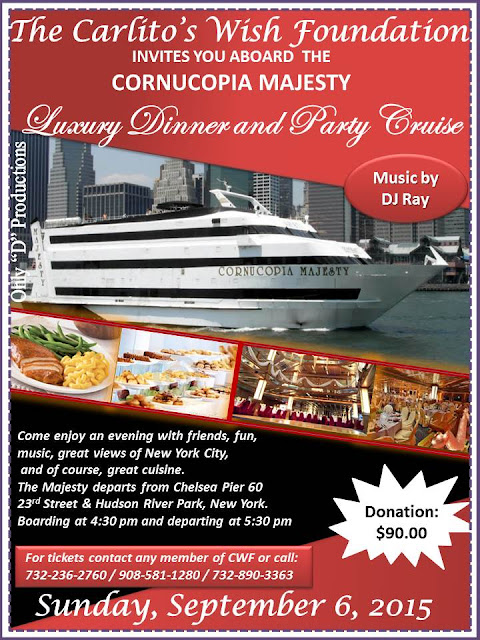 Posted by Kymsha Henry at 10:00 AM No comments:

Posted by Kymsha Henry at 9:00 AM No comments: